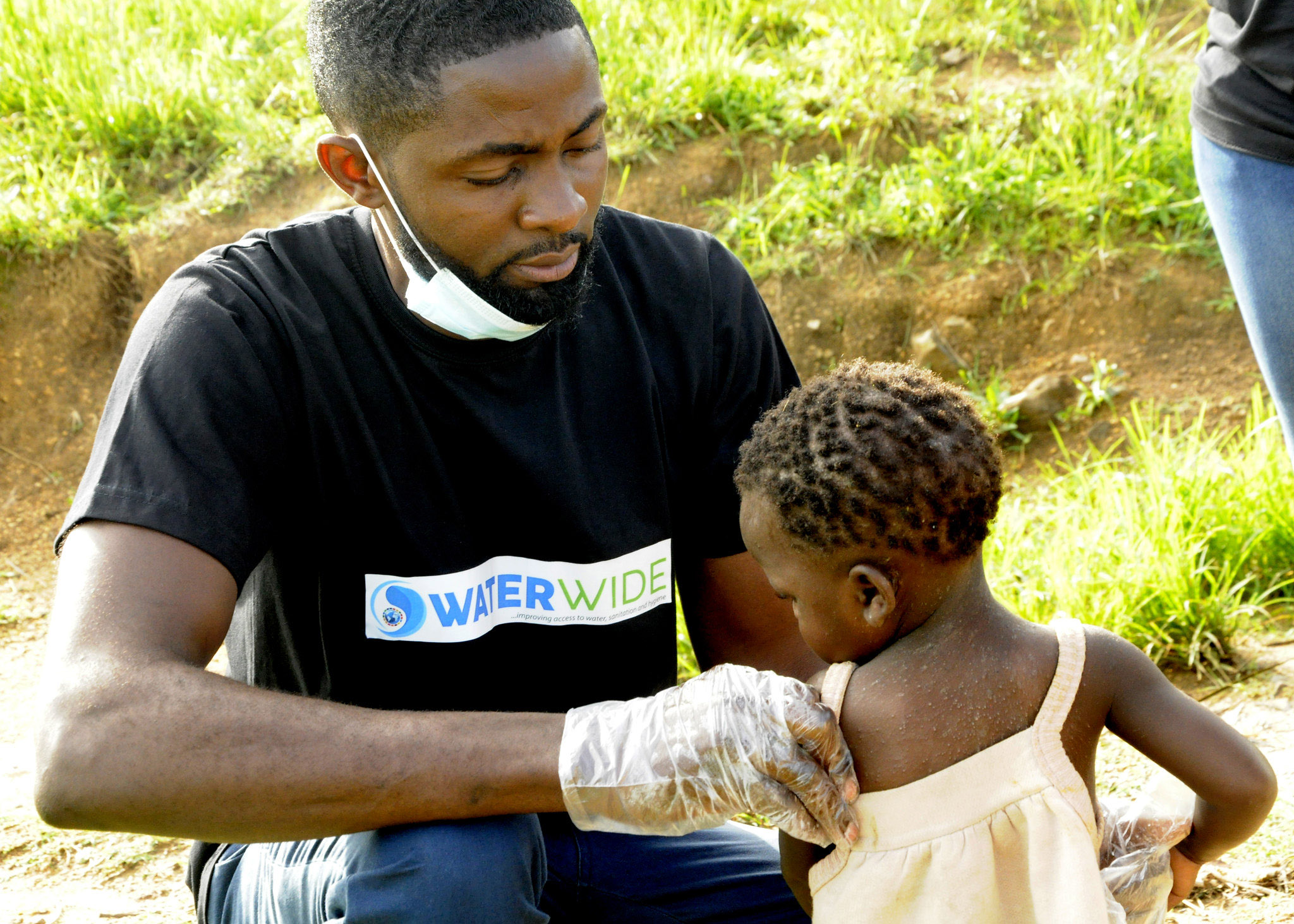 Situated in Miango district of Bassa Local Government Area, and about 15 kilometers away from Jos Metropolis is the Rewianku community. The community is seated on the steep area of hills and mountains and so it is about 9 kilometre from the major road. It takes about an hour to drive in and about 2 – 3 hours on foot due to its terrible access road.

In the absence of the Mai Angwa (District Head) known as Agado, WaterWide was received by the youth leader known as Mr John Iveh. He also is our Tour guide. According to Mr Iveh, the community consists of about 6000 persons including women and children. 2000 from this population are children.

The Rewianku’s are majorly farmers and they depend majorly on their farm produce for their livelihood.

When asked what was the greatest challenge faced in the community, Mr Iveh with other members of the community in a unifying voice said “Clean Water”. WaterWide was eager to find out their source of water. We gathered they have three sources of water and they are; 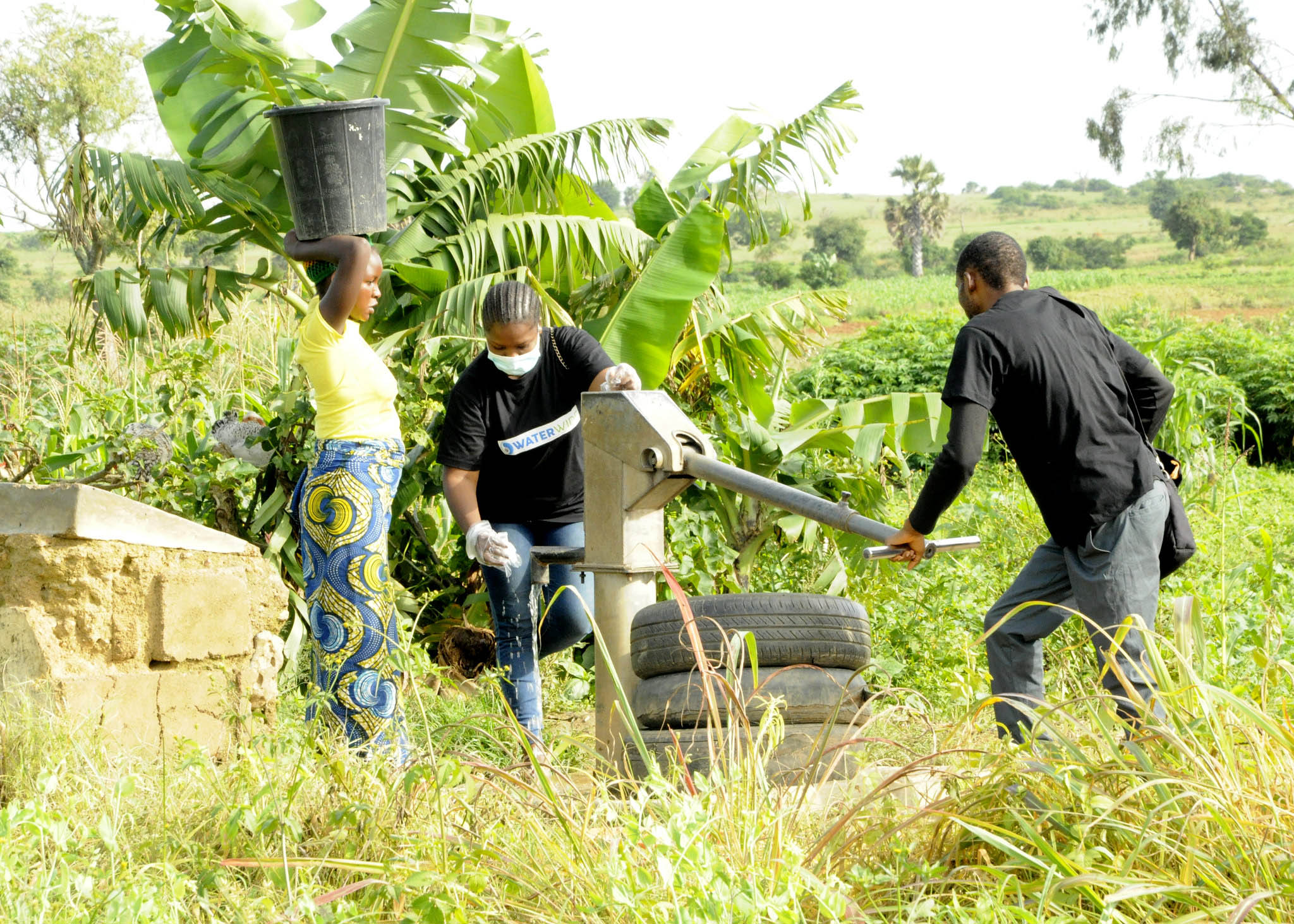 In the past and that was like 15 – 20 years ago, there were about 3 functional boreholes in the community. Even when they develop problems, the community would contribute funds and fix it. This usually takes up to six months for the money to be raised for such a purpose. This went on until two from the three boreholes got bad beyond repairs leaving just one to serve the entire community. Mr Iveh told us the only surviving borehole could not serve the entire community, especially since it also developed faults from time to time. Even when it was functional, people would queue up so much that most people lost patience to wait for their turn, so they usually resolve to get water from the stream or the well for all their domestic purposes including drinking.

Another set of people from the community who could not access the borehole water are those who lived quite far from where the borehole is situated.

Mr Iveh said students from the local government area primary school have to wake up as early as 4 am to fetch water from the borehole so as not to be late for school. For some who could not make it have to make do with the stream water to bath and probably prepare breakfast before going to school. He said the poor access to water has resulted in poor performance by students in school, largely again because some students eventually do not make it to school on certain days.

Mr Iveh took WaterWide team to the stream which is surrounded by grasses and all sort of plants, stones and even dirt. Mr Iveh told us that people defecate in the open around the stream, and when it rains, water washes everything into the stream. A particular part of the stream was allocated for fetching drinking water and another was for washing, swimming and bathing. WaterWide actually met some person who came to fetch water for domestic purpose, and some others were washing clothes at the time we arrived the stream. Some people brought their kitchen utensils to wash in the streams as well. All of this was witnessed by WaterWide. 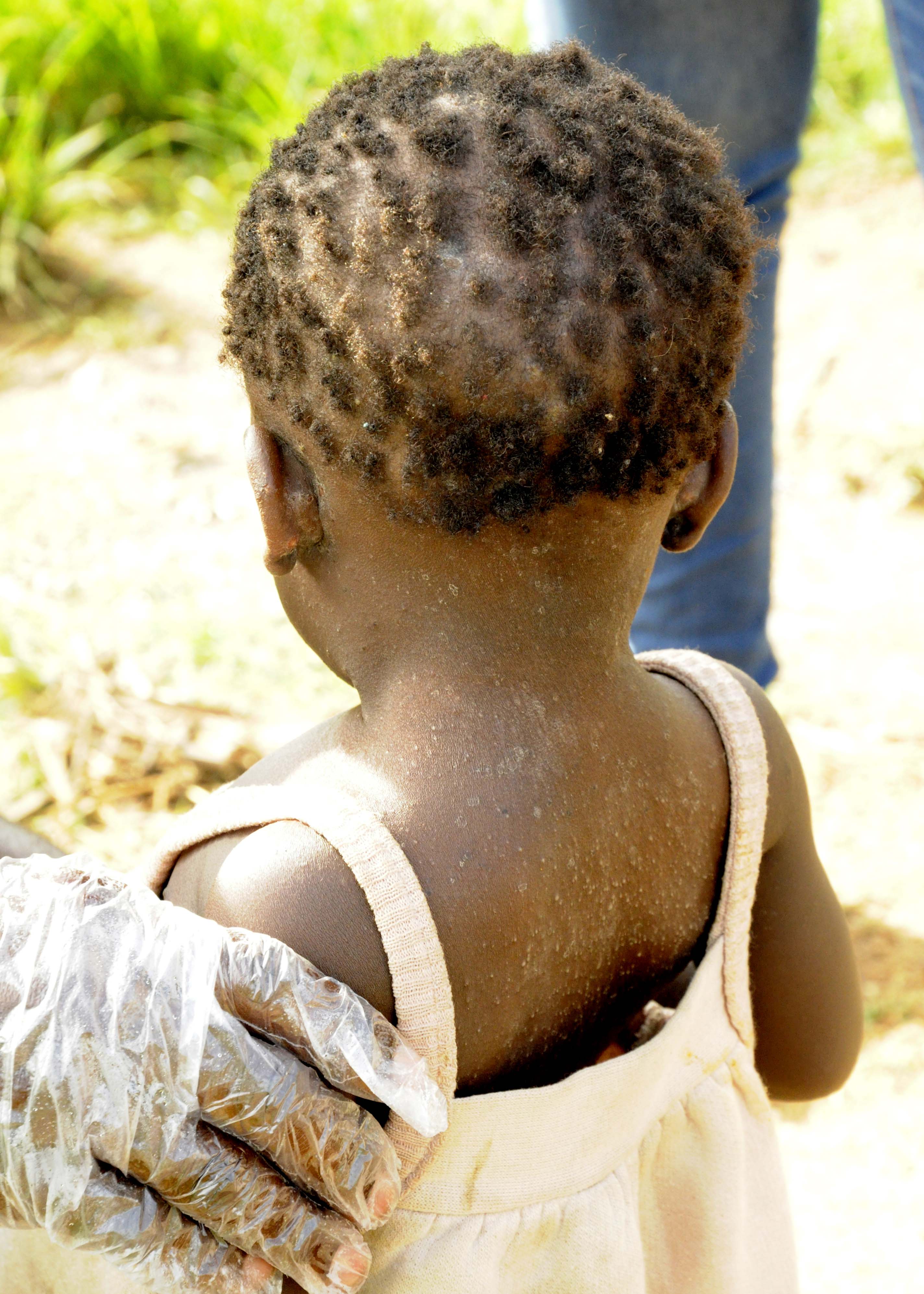 According to one Mrs Sarah Samuel, ever since she started using the stream water for drinking and bathing in her household, she notices a severe skin condition on her daughter Rejoice who is just about 2 years old. Mrs Samuel said the skin condition is characterized by constant itching and forming of puss all over Rejoices’ body. WaterWide saw Rejoice with the skin condition. The sight was a sympathetic one. The little girl was seen scratching her body while flies hovered all about her.

Dorcas, a single mother said she has to wake up as early as 5am to dash to the only borehole in the community to get drinking water for herself and the baby. She said access to safe and potable drinking water is a serious challenge in the community especially during dry seasons or when the borehole becomes non-functional. She said in such cases she spends so much on package water popularly known as ‘pure water’. And when there is no money to buy pure water, she resolves to getting water from the well or stream.

Mr. Iveh took us to the only primary school which is a far distance from both the borehole and the stream. It took us about 40 minutes to walk to the school. The school has neither a toilet nor a source of drinking water. The only water source was a well which is house close to the school. There we met the Mai Angwa known as Agado.

Mr Agado told WaterWide how the community has suffered from water-related borne disease. He said a lot of person including women and children have suffered from typhoid, dysentery, malaria, cholera and so on. He told WaterWide how they have witnessed a lot of people defecating and peeing blood after drinking water from the stream and well. He said a lot of persons especially children have fall sick due to water related diseases and some lost their lives . He said whenever they went to the hospital whenever they are ill, test results always reveal water-related diseases and the doctor would always advise them strongly to change their water source to a clean one. 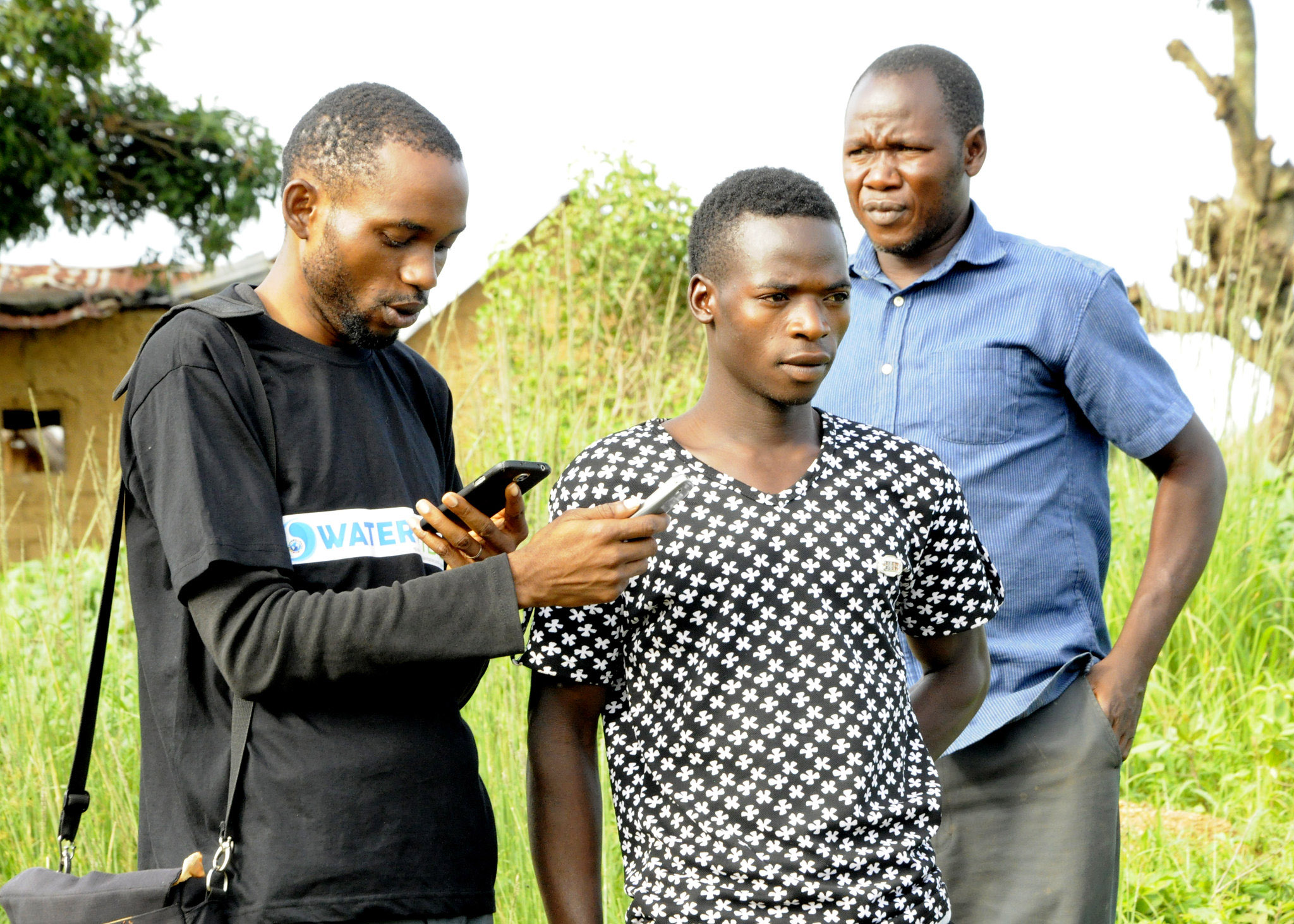 Mr. Agado pleaded with WaterWide to be Rewianku voice to the government and other stakeholders to come to their aid. He also  requested that at least there should be a clean water source in the school for the students .

Finally, Mr Agado said we should remind the government of their promise of providing clean water for the community when they came for campaigning. He said they all voted during the last election and they demand to have access to clean and safe water. He felt their community has been abandoned as regards to water and sanitation.

We have initiated a campaign #WaterRewianku to advocate for the adequate water supply in Rewianku Community. We call on Bassa  Local Government Area Council Chairman, Mr Chindom Gona to perform his clarion call and constructed a borehole for the people of Rewianku. We also call on  relevant stakeholders to join in this advocacy campaign.